Recently back from researching and photographing the interaction of architecture, glass and light, amongst other things, at the Bauhaus in Dessau, Germany. I have taken several rolls of medium format 120 film, both colour and black and white, and am currently developing and processing these. I will share the results in a later blog post.

The Bauhaus building is the perfect place to think about the role of photography in connection with architecture, and also with materials, including glass. I am engaging with wider questions of transparency, translucency and opacity, both through the writings of the Bauhäuslers and their contemporaries in other parts of the world, including the Soviet Union, but also in a contemporary context.

I have chosen the anniversary of László Moholy-Nagy’s birth (20 July 1895) for the first post of my blog on ‘Light, Form and Texture: medium format black and white photography and glass’.

It is also the 25th anniversary of LOMO, as you can see on the front of my special edition LC-A 120 Lomo camera.

This is my first medium format camera, bought thanks to the generous support of the Richard and Siobhán Coward Foundation, through their Analogue Photography Grant. The Lomo camera was originally made by the Leningrad Optical Mechanical Association, Ленинградское Oптико-Mеханическое Oбъединение, in the Soviet Union. The company was founded in Petrograd (now Saint Petersburg), Russia, in 1914. It began as a French-Russian company for cameras and lenses, then during World War I it made gun sights. The factory was renamed several times, and still exists today, as LOMO, making military optics, scientific research instruments, criminological microscopes, medical equipment, and various consumer products.

LOMO made the first Russian camera in 1930. In 1984, the LOMO LC-A camera began to be mass-produced. When some Austrian students found an old Lomo in a junk shop in Prague, they took it back to Vienna, and it became so popular that they kept having to source more. Eventually, in 1992, the Lomographic Society International (LSI) was founded, in order to sell LOMO cameras, and to share related photographic techniques and images worldwide.

Back to Moholy. Moholy-Nagy is an inspirational figure for this project, not least because of his approach to photographic and other creative experimentation. He advocated for unconventionally shot and printed photographs, as a means of ‘revaluating the way we see things’. Techniques traditionally regarded as mistakes, such as exaggerated perspective, intense contrasts, deliberate shadows and other perceptual obstacles, could open up a new way of seeing. Indeed, his concept of the ‘New Vision’ was built on the principle of deliberate distortion and obfuscation of perception. Although what was new then is no longer new today, nearly a century later, I would argue that such shifts in conventional shot framing, perspective and representation, in conjunction with hands-on darkroom experimentation with photographic materials and equipment, still imbue the process with a certain energy and excitement which echo Moholy’s experience. It is in this spirit that I approach this project: rather than chasing the ‘perfect’ print, the aim of my work is to show a process of looking, seeing and recording — through emulsion — the interplay of light and glass.

the three core components of the photographic process.

Thrilled to have been awarded an

Analogue Photography Grant 2020 by The Richard and Siobhán Coward Foundation.

More news on my project to come!

My light installation ‘in the house’ for #lockdownandlight

Taking its cue from the fluxus mail art movement, this exhibition shows postcard-sized artworks which have been consigned to the post without an envelope or other packaging.

‘in a different light’, my new site-specific installation, opens at the History Museum of BiH, Sarajevo, on Friday 1st November 2019

Hugely grateful to Brian Eno for giving the Museum a colour-changing light from his ’77 Million Paintings’ exhibited there last year — just what I need for this!

opening in Sarajevo this week! 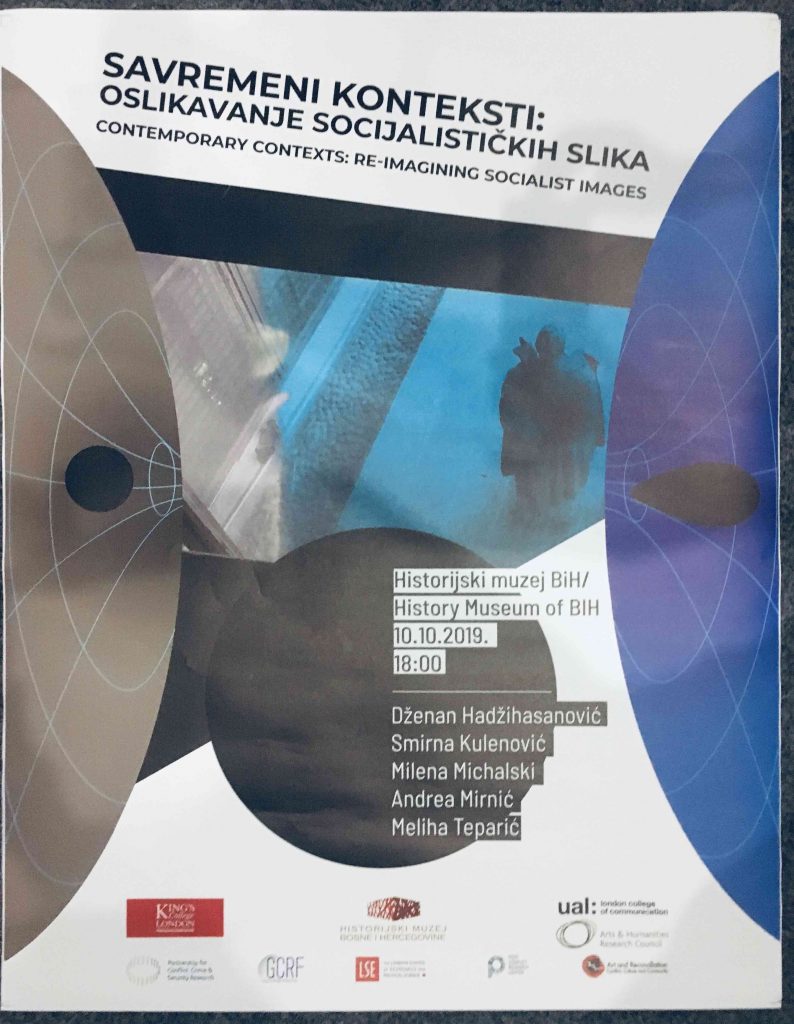 Great to arrive at the History Museum today and see how my image is being used on the poster! 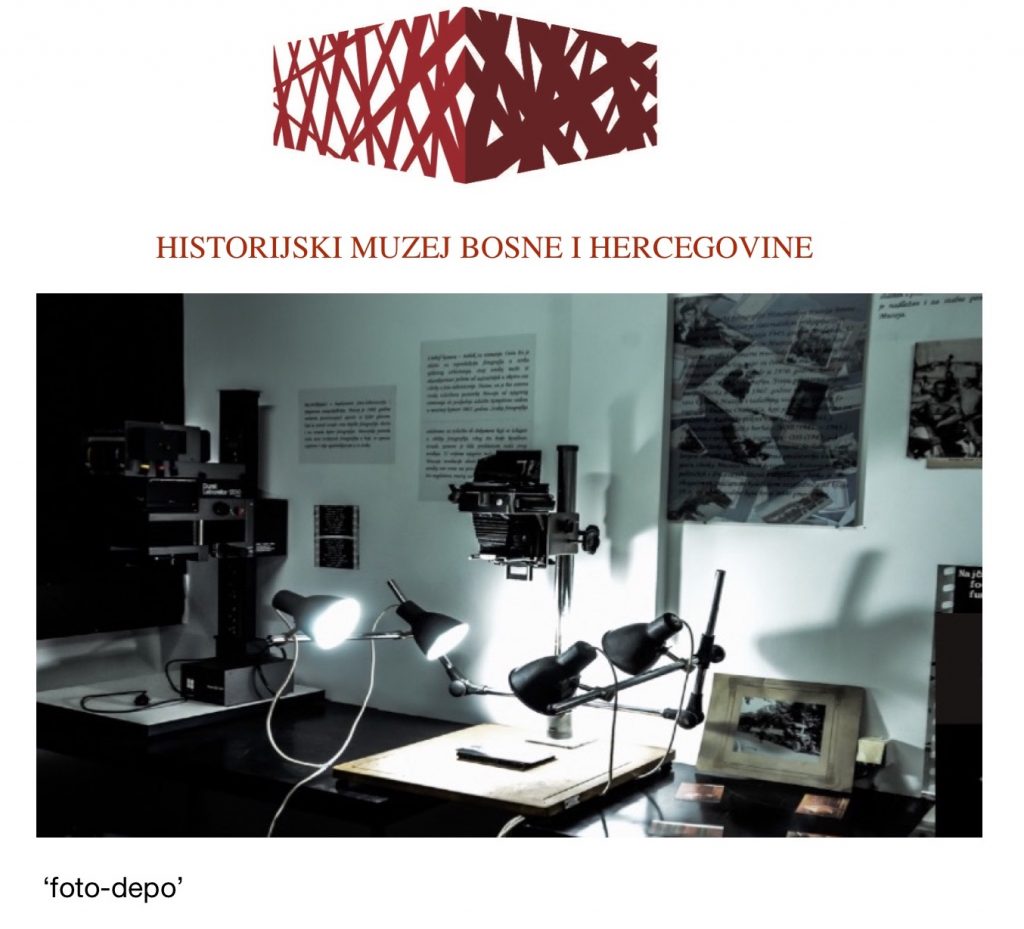 ARTIST IN RESIDENCE AT THE HISTORY MUSEUM OF BOSNIA & HERCEGOVINA, SARAJEVO

Such a privilege to be given access to the Museum’s archives and equipment in the ‘foto-depo’. Spending part of July in the darkroom printing from archival glass slides, experimenting with the beautiful, ancient Rolleiflex and making pinhole camera prints using damaged WWII helmets.

Join us at Kingsgate Workshops for our Open Studios party

and weekend taster sessions and other activities 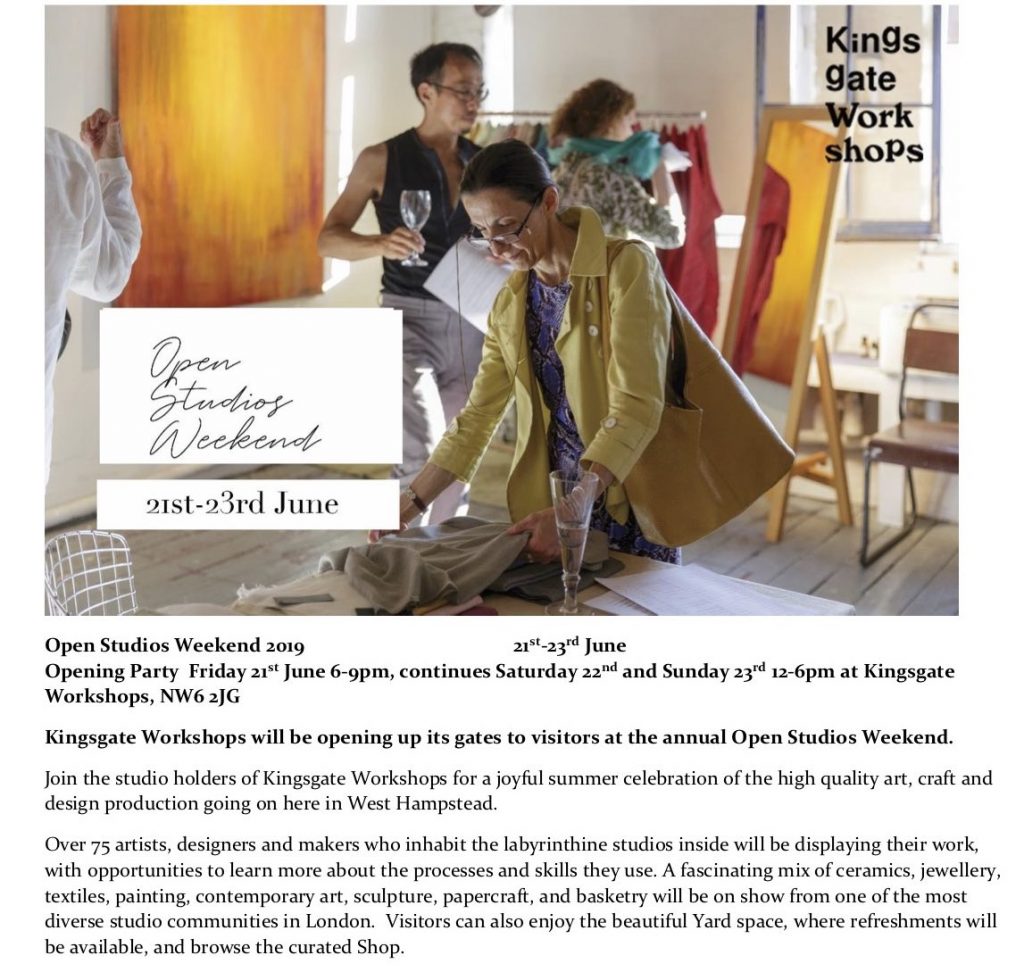